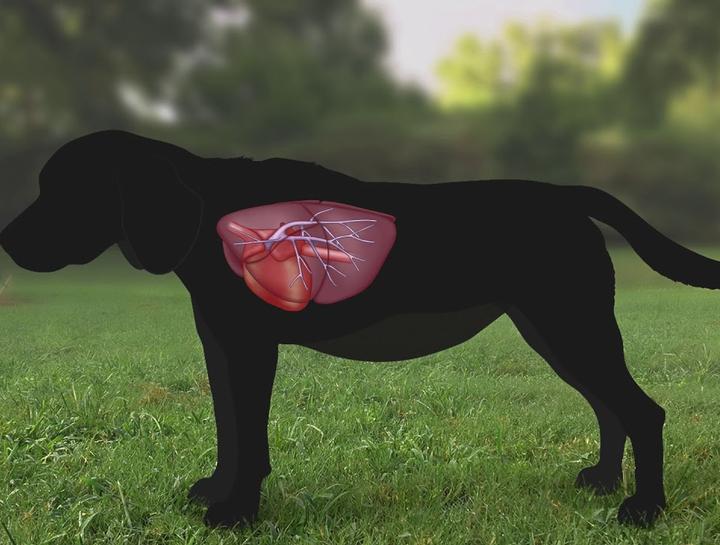 Hello everyone and welcome back to our blog series! April’s topic is heartworm disease and prevention. You may have heard of heartworm, but what is it? Heartworm is a serious, but preventable, parasitic disease found in the United States. The heartworm itself is a slim white worm, which looks like spaghetti (albeit very long spaghetti - up to one foot)! The worm lives in the heart, lungs and blood vessels of certain animals and can cause heart/pulmonary failure and associated diseases in other organs. Heartworm is found in dogs, cats and ferrets, although varying disease levels are found in each species. Dogs are the natural host for heartworm, and all life cycles occur in them. Cats and ferrets are not common hosts, but due to their size, a much smaller volume of worms can cause illness and be deadly. Preventatives are available for all species, and are recommended year round!

As heartworms can live in dogs for 5-7 years, each mosquito season can cause an increasing number of worms in each affected pet!

What may I see in my dog if they have heartworm? Signs of heartworm disease include cough, exercise intolerance, lethargy, weight loss and decreased appetite, and these signs can vary depending on the number of worms in the pet. In early stages, there may be no signs at all, but dogs with large volumes of worms can have sudden vessel blockages of blood flow to the heart and cause severe cardiac collapse called caval syndrome.

Where is heartworm found? Heartworm has been diagnosed in all 50 states, but the prevalence is much higher in southern states. Rates of infections are variable, and so is animal travel; it is common to see an increase in prevalence when animals travel around the country. This is one of the many reasons it is recommended to test yearly and stay on prevention 12 months a year!

What and how important is testing? Heartworm testing starts with a blood test, which can be run in-house or sent to a laboratory. This test looks for heartworm proteins and takes usually 10 minutes to run in-house. If this test is positive, further testing will be needed, usually at the laboratory. All puppies should be started on prevention prior to 5 ½ months, and after then will need a test before starting prevention. If your puppy or dog comes off prevention or is adopted from a heartworm area, we recommend retesting in 6 months.

What and how long is treatment for my dog? Treatment typically takes one year and can be difficult for the dog and owner. Once the test is confirmed, your dog will have strict exercise restrictions during treatment, no running whatsoever and often kennel rest is required. Treatment includes multiple medications and occasionally heart or lung stabilization, along with any other treatments for concurrent disease. The American Heartworm Society has a step-by-step treatment protocol, which includes four different medications and options for severely ill dogs. Prognosis depends on the severity of the disease; dogs with no signs or mild signs have a high success rate. Dogs with more severe disease also can be treated successfully, but they may have more complications.

Prevention is key in heartworm disease! Although no prevention is 100% effective, they are highly effective in reducing the risk of this terrible disease. All preventatives are prescription only, and include Interceptor Plus, Heartgard and Sentinel.